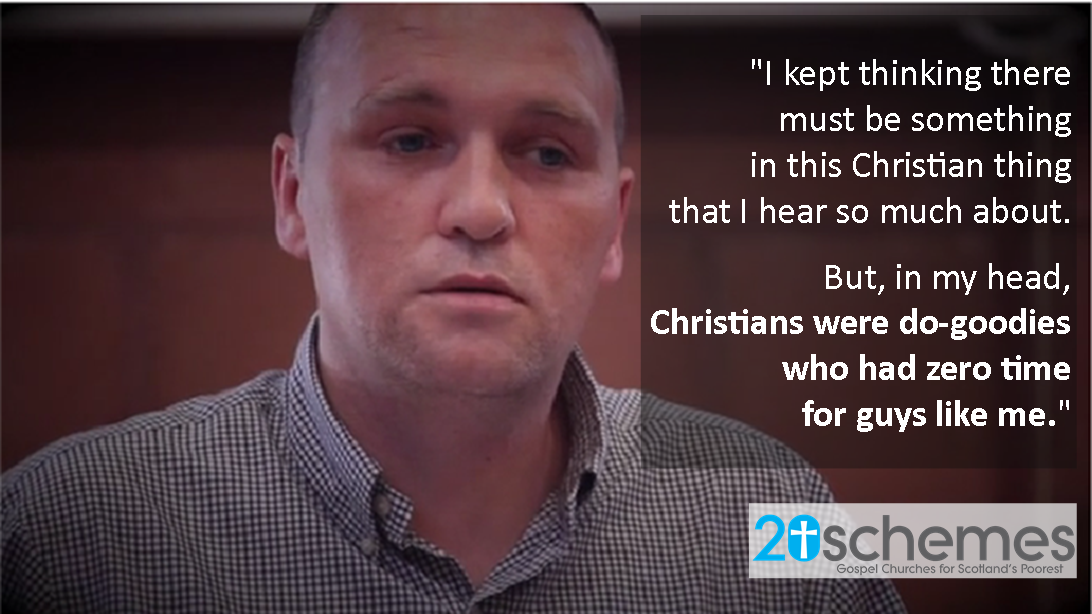 Go Light Our World (GLOW) is pleased to support 20 Schemes, a gospel ministry to the poorest of poor in Scotland. Steven and Tracy are just two of a number of individuals in Niddrie, Scotland whose lives have been transformed because 20Schemes workers shared Jesus with them. They were childhood sweethearts who had been through ‘the wars’ of almost 27 years together. Steven was a mess, cheating on Tracy, in and out of rehab, selling and taking drugs and full of broken promises.  “He was a rat,” Tracy said. Then one day he rang her out of the blue and told her he had become a Christian. Jesus had saved Steven. “I kept thinking there must be something in this Christian thing that I hear so much about. But in my head, I Christians were do-goodies who had zero time for guys like me. Jesus did what drugs and rehab couldn’t.” Steven recently went through a three-day detox to come off all of his medication for the first time in over two decades. 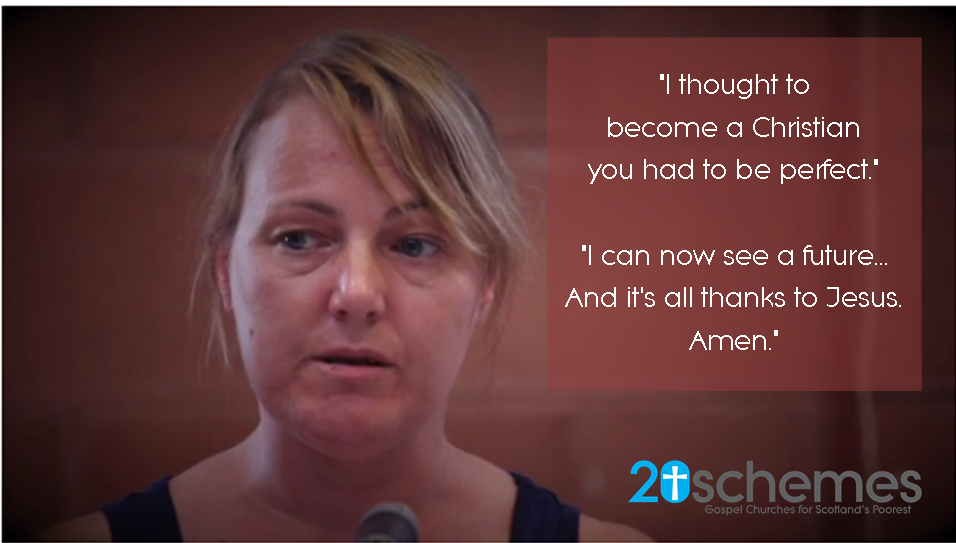 Tracy said, “I thought to become a Christian you had to be perfect.” Then Jesus saved Tracy. Despite her initial cynicism about Steven, everything changed and 6 months later they have been baptized and married. Tracy can now see a future, “thanks to Jesus.” Both Steven and Tracy now worship at the Niddrie Community Church.

Some regard Jesus as a wise prophet. Others think of him as great teacher. Still others call him Savior but don’t know him as Lord. Steven and Tracy know him as their Lord and Savior who has real power to transform and redeem lives. Imagine what Jesus is ready to do when you share Him with those you know!

We invite you to partner with us by praying on a regular basis for the ministries of Go Light Our World (GLOW), including the unreached people in the depraved housing schemes of Scotland.  If God leads you to make a one-time or monthly tax-deductible donation of any amount, know that your gift of any amount will have a significant impact by shining light in a dark world.

“I will repay you for the years the locusts have eaten…” Joel 2:25